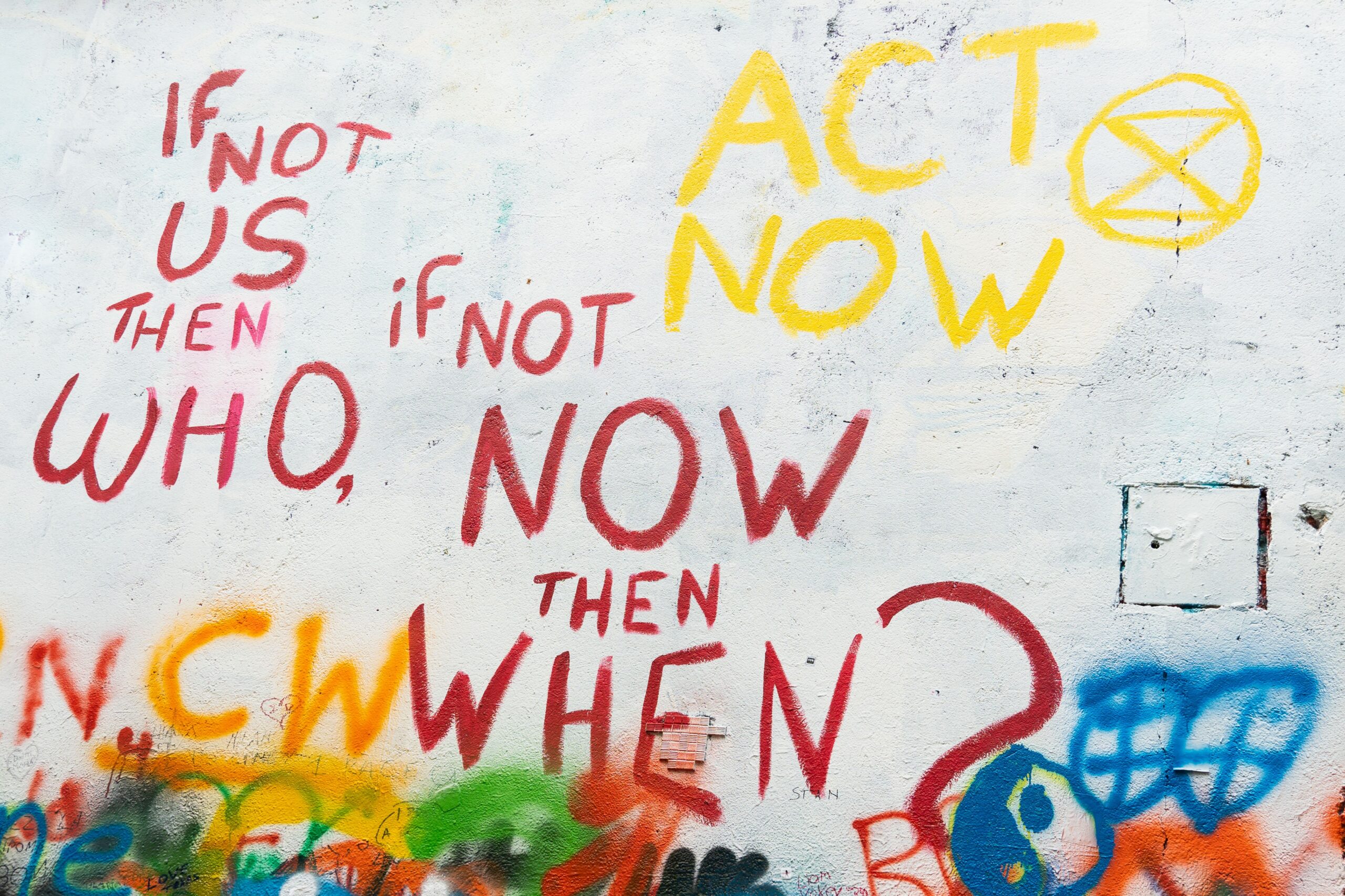 How did one man embark on an impossible mission and begin to change the fossil fuel industry from within? Why is May 26 this year a “cataclysm day” for the largest global oil companies? Who are activist investors and how do they affect changes in the business of companies?

In the early 2000s, Dutch engineer Mark van Baal traveled Europe and sold coolers for ship containers. Although very successful in this business, he felt a certain inner dissatisfaction and a feeling that he was not contributing enough in the field of social responsibility. For that reason, he decides to completely change his career direction and become a journalist, and after watching the documentary Ala Gora, The Inconvenient Truth, Mark begins to write more and more about global warming. Referring to this period, he states: “I have become increasingly convinced that the fossil fuel industry needs to change. Renewables bring a great opportunity for these companies and the transition to sustainable energy is the only chance for them to survive. ”

However, after some time, Mark realizes that writing about environmental issues does not necessarily result in change itself. Unfortunately, large oil companies are deaf to journalistic articles. Mark then realizes that the only way to change a company like this is to influence shareholders and make the change happen from within. Thus, it starts with the idea of ​​gathering shareholders with at least 5 million euros worth of shares, in order to fulfill the minimum conditions for a proposal to be put to a vote at the shareholders’ assembly.

Mark’s efforts paid off and in 2015 he managed to unite several investors, and together with them, he worked on enabling the general public to get involved in the activities of the organization through the purchase of shares at symbolic prices. Few believed in the success of such a “crazy” idea at the time, that someone would be able to influence companies like Shell or Chevron in this way. This did not sway Mark, who continued to gather an increasing number of interested investors. This is how the organization of the symbolic name – Follow This was created. The goal of this organization was for the fossil fuel industry to reduce its greenhouse gas emissions and harmonize its operations with the goals of the Paris Agreement.

The goal of the organization Follow This is articulated through the so-called climate resolution. The climate resolution is a request to oil companies to define business goals in line with the Paris Agreement, i.e. to reduce emissions of harmful gases, not only from the production process but also through the reduction of emissions that consumers of their products make. Mark’s organization manages to put the first climate resolution on the agenda at the Shell shareholders’ assembly in 2016. In the following years, they managed to put their demands before the board of directors of three more companies – BP (British Petroleum), Equinor, and Total.

In the first three years of operation, very few shareholders voted for their proposals. However, from year to year, their support is growing, and in 2020 and 2021, there will be significant changes. In 2021, Shell and Equinor manage to get the support of about a third of shareholders, while in BP, a fifth of investors voted for their climate resolution. A real revolution in the world of oil companies is just around the corner.

What followed in May this year can be considered a precedent in the fossil fuel industry. Namely, at the beginning of May, the boards of two smaller oil companies supported the climate resolution proposed by the shareholders of the organization Follow This. However, the news that 61% of Chevron shareholders voted for defining the goal for the fight against climate change resonated the most with the public. This news was attractive to the public for two reasons. First, Chevron is the second-largest global emitter of harmful gases. Secondly, on the same day, huge changes took place in another large oil company.

Namely, the same day when a large part of the shareholders voted for the climate resolution in Chevron, a fund called Engine no. 1 managed to persuade ExxonMobil shareholders to elect three of their members to the company’s board. This fund, which otherwise has an ownership stake of only 0.02%, has managed to convince even the most powerful global investment fund and Exxon’s second-largest shareholder (BlackRock) to support their candidates.

Engine no. 1 has been running a campaign since December last year with the aim of reducing ExxonMobil‘s negative impact on climate change and at the same time providing a sustainable business model for the future. Their three candidates will now make up a quarter of the board of directors and can influence the company’s strategic decisions.

All in all, May 26 this year will be long remembered as, as the famous Bill McKibben called it, “… the most cataclysmic day so far for the traditional fossil-fuel industry…”.

Who are activist investors?

The changes that took place in Chevron and ExxonMobil are classified as works of the so-called activist investors. Who are they, how do they work and what are their achievements?

A shareholder activist or activist investor can be an individual or fund that, in accordance with its rights in the management of a company, seeks to make a certain change in business or to meet certain specific goals. Goals can be different, from changing the way a company is run, through changing business models, to other economic goals. Also, as we have seen, the impact of activist investors may include a change in the environmental impact of a company.

Historically, activist investors have not been very popular. In the eighties of the last century, when this phenomenon practically originated, they were most often called corporate raiders, because in those beginnings they were exclusively focused on achieving pure economic goals. After a sharp reduction in costs, sale of property, etc. they would increase the share price of a company and make big profits in a short time, and then they would continue to apply the same tactics to some new companies. However, as we can see in the examples described above, activist investors today, in addition to economic goals, also take into account the long-term impact on society, the environment, and climate change.

Today’s activist shareholders can be wealthy and influential people who use their money and power to buy a large number of a company’s shares to influence its strategic decisions. Also, in addition to individuals, activists invest in private and so-called hedge funds. Private funds use the capital of several different investors, buy companies, then restructure them and raise their value.

Regardless of the type of investor involved, the tactics used in investor activism can be varied. First, investors can buy a majority stake in a company and thus have full influence on strategic decisions. Also, activist shareholders can threaten to leave the company, which potentially damages its reputation and value. Then, activism can be reflected in proposing goals and then exerting various pressures on their implementation.

This pressure may include the use of the media and social networks, the initiation of legal proceedings against the company’s management, as well as the nomination of its candidates for management positions. Finally, tactics can be teaming up with other shareholders and working together to achieve desired goals.

What is the reach of these investors?

According to the Harvard School of Law Corporate Governance Forum, the amount of capital in circulation used by activist investors in 2009 was about $39 billion, while today that amount has reached close to $130 billion. Also, during 2019, 893 campaigns of activist investors were conducted, while in 2017 there were 484 (the figures refer to campaigns with different goals, not exclusively environmental ones).

However, judging by the examples described in this text, it is a very encouraging fact that activist investors can significantly influence the most powerful global corporations, even in cases where they have a very small number of shares in the company. In parallel with the activities of shareholders, having in mind the accumulated environmental and climate challenges and the growing public awareness of these problems, many companies today are considering changing the way of doing business and improving them in the field of environmental and social impact.

In addition, more and more members of Generation Z and millennials are taking management positions in companies, and these generations are very well known for their high level of environmental awareness. Overall, green activist investors have the potential to become a significant change factor in halting the further rise in global average temperatures and thus becoming the new face of capitalism in this century.

The article was initially published at the climate portal Klima101. The original article in Serbian can be reached via the link: https://klima101.rs/zeleni-aktivisticki-investitori-naftne-kompanije/

Will banks turn their back on the fossil fuel industry? (part II)

Will banks turn their backs on the fossil fuel industry? (part I)