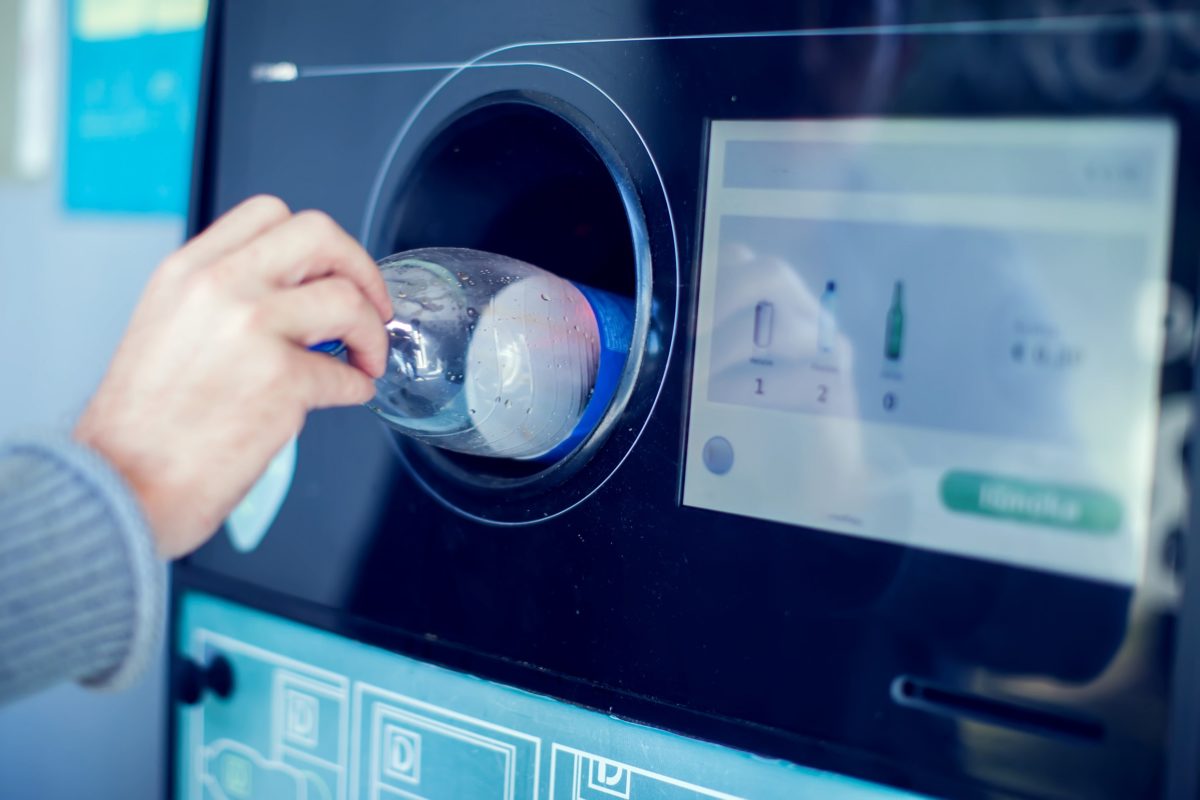 In the 1980s, packaging waste became an important topic and political problem in Germany. The challenge arose at a time when a political consensus could not be reached among local authorities on the financing of new landfills and incinerators. At the same time, there was an intention of the German government to implement a mandatory deposit for beverage packaging, as well as to introduce measures to increase the share of packaging that can be refilled.

The beverage industry did not consider these plans to be favorable and in the end a compromise was made to implement a system for the collection and treatment of household packaging waste that would be financed and managed entirely by the beverage industry. Such a system is set up in parallel with the existing public waste management system. That is how the so-called dual system came about.

Although the government promised that the story of the introduction of the deposit system (DRS) would stop there, in 1991 a decree on packaging was passed, in which the idea of DRS became relevant again. This regulation stipulates that the national market share of refillable packaging must reach 72%, and in case this quota is not met, a mandatory deposit will be imposed for single-use beverage packaging. After only a few years, the share of refillable packaging fell below the target quota, and in early 2003, a mandatory DRS was introduced. This system was optimized until 2006 and has been implemented throughout the country since then.[1]

The main operator of the packaging return system in Germany is Deutsche Pfandsystem GmbH (DPG), which was founded in 2005 and is owned by the German Trade Association (50%) and the Association of the German Food and Beverage Industry (50%). Producers and importers of beverages are obliged to register with DPG as the so-called “First distributors”. Each bottle of beverage that falls under the DRS must be marked with a bar code and an official label (see picture below) prescribed by the DPG. Also, for a given packaging, the first distributors enter data into the database of the system operator. When distributing beverages on the market by producers and importers, shops are obliged to pay them a deposit for packaging, which they ultimately charge to end customers. Distributors retain that amount of the deposit, which is later refunded to retailers after end customers return the packaging to the stores. The amount of the deposit to be charged is 25 eurocents.[2]

DRS in Germany supports the collection of PET, aluminum and glass containers with a volume of 0.1-3 liters. Bottles containing beer, water, carbonated and non-carbonated soft drinks and mixed alcoholic beverages must be returned through the DRS. Beverages that are in packaging outside the given volume are not subject to the obligation to return. Also, cardboard and some plastic packaging, as well as reusable ones, is not subject to return in the German DRS.[3]

There are about 135,000 places in the country where packaging can be returned. Most locations (80%) have automatic machines, while the rest of the sites have manual records. All outlets with 200 square meters and more can only accept materials they sell, while stores with less than 200 square meters can only accept brands they sell. Materials collected are owned by the stores which decide for themselves whether to recycle the packaging themselves or to sell the material on the market. [4]

In terms of results, as presented in the previous article, Germany has the highest collection rate of PET packaging of all European countries that practice DRS. However, the question arises as to which is more favorable from the aspect of environmental protection and use of natural resources – more collected disposable packaging made from a mixture of recycled plastic and freshly produced inputs, or reduce the share of disposable packaging by increasing long-lasting refillable packaging.

For this reason, the revised regulation in the EU aims to promote this type of containers. Thus, stores will have to transparently present the differences between disposable and reusable bottles by better labeling and separating products on different shelves. Manufacturers have already voluntarily agreed to better label packaging so that customers can make better decisions about energy, resource and environmental use.

Plastic – between benefit and harm

This website uses cookies to improve your experience while you navigate through the website. Out of these, the cookies that are categorized as necessary are stored on your browser as they are essential for the working of basic functionalities of the website. We also use third-party cookies that help us analyze and understand how you use this website. These cookies will be stored in your browser only with your consent. You also have the option to opt-out of these cookies. But opting out of some of these cookies may affect your browsing experience.
Necessary Always Enabled
Necessary cookies are absolutely essential for the website to function properly. These cookies ensure basic functionalities and security features of the website, anonymously.
Functional
Functional cookies help to perform certain functionalities like sharing the content of the website on social media platforms, collect feedbacks, and other third-party features.
Performance
Performance cookies are used to understand and analyze the key performance indexes of the website which helps in delivering a better user experience for the visitors.
Analytics
Analytical cookies are used to understand how visitors interact with the website. These cookies help provide information on metrics the number of visitors, bounce rate, traffic source, etc.
Advertisement
Advertisement cookies are used to provide visitors with relevant ads and marketing campaigns. These cookies track visitors across websites and collect information to provide customized ads.
Others
Other uncategorized cookies are those that are being analyzed and have not been classified into a category as yet.
SAVE & ACCEPT
wpDiscuz
1
0
Želiš da podeliš svoju misao - ostavi komentar - Would love your thoughts, please comment.x
()
x
| Odgovori - Reply