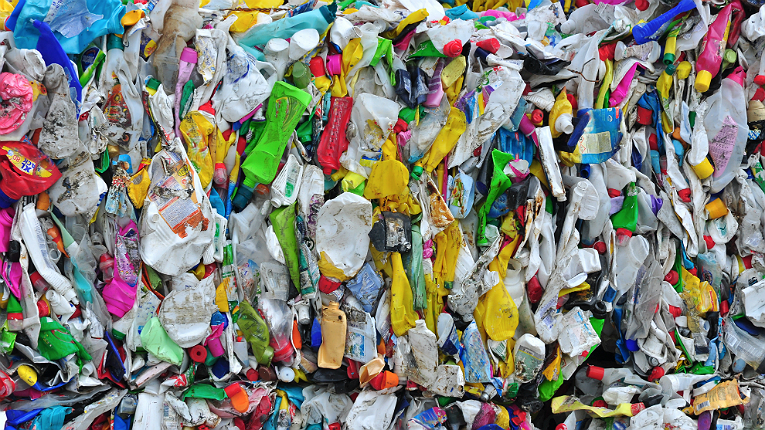 An adequate waste management on plastics?

Legislation for plastic waste management is a relatively young branch of European legislation. Until recently, only the Packaging and Packaging Waste Directive dealt with plastics as a special waste stream. However, the directive is limited to packaging only, but not to many other plastic products.

Problems with plastic waste in the seas and oceans, which arise from the single use of various plastic items, have created the need to define a new directive that touches on these products. Given that the Directive on the reduction of the impact of certain plastic products on the environment has only recently entered into force, it is too early to analyze and conclude on the success of the implementation. With further revisions and improvements in the near future, this directive has the potential to be crucial in combating the negative consequences of the mass use of plastics.

Also, the implementation of the principles of circular economy is generally still in its infancy and only basic indicators have been developed to monitor the success of the implementation. As for the directive for single-use plastics, so for the circular economy, more detailed analyzes of the success of the transition from a linear economic model await us.

What do the numbers say and what are the results so far?

However, there is certainly room for a critical look at EU policy and legislation in the field of plastic waste management.

The average annual amount of plastic packaging waste generated in the EU-28 in 2018 was about 33 kg per capita [1]. This means that a total of about 18 million tons of plastic waste is generated annually, only from packaging. The question is whether EU waste management legislation, described in the previous sections, can adequately address these challenges. In order to get an answer to this question, it is necessary to analyze the trends in the recycling of this waste at the level of the entire EU, as well as at the level of individual countries.

Thus, analyzing the recycling rates of plastic packaging waste, as waste that is mostly represented in the total plastic waste at the EU level, it can be concluded that in the previous period there was a significant increase in this rate. In other words, in 2006, the average recycling rate of plastic packaging waste was 26.4%, and in 2018 this rate reached 41.8%. This trend is visually described in the following graph.

In the given period, the recycling rate increased by more than 50%, growing annually at an average rate of close to 5%. This relatively rapid growth is a result of Member States’ progress in implementing the legal framework. Several countries had a very low starting point in joining the EU, so in just a few years they managed to significantly increase the recycling rate. However, as can already be seen in the period 2016-2018, we cannot expect such a fast-growing trend in the future.

Also, what is important to note is that current recycling rates vary greatly from country to country. These differences pose a major challenge to meeting the targets set in Directive (EU) 2018/852 on packaging and packaging waste, which requires countries to collect 50% of plastic packaging waste for recycling by 2025, and 55% by 2030.

The following graphic presentation shows the rates of recycling of plastic packaging waste by individual countries in 2018.

As can be seen, Lithuania is the absolute leader in the collection of plastic packaging waste for recycling. The rate of close to 70% is the result of consistency in the implementation of the policy, and is a special contribution of the implemented deposit system for the return of packaging. Also, countries such as Slovenia, Bulgaria, the Czech Republic and Cyprus do not lag far behind Lithuania in terms of the share of recycling. On the other hand, a considerable number of countries with recycling rates below the EU-28 average are noticeable. For example, Malta and France are countries that collect less than a third of plastic packaging waste for recycling (e.g. France incinerates 70% of plastic waste for energy, hence the low recycling rate).

And what is the reality of European plastic waste recycling?

Officially, a third of the total plastic waste in the EU collected for recycling is exported to other countries. Until 2018, the most common destinations for European plastic waste were China and Hong Kong. However, due to the change of import policy for this waste by China, the export of European countries was redirected to countries such as Malaysia, Vietnam, Turkey, India, Indonesia, etc., as can be seen in the following graphic presentation.

Countries to which the EU exports its plastic waste do not have strict environmental laws or adequate recycling capacities and technologies. This means that a large part of this waste in reality does not go through an adequate recycling process, and ends up in the environment, endangering the lives and health of people and all living beings.

The critical public in the EU has recognized this problem of “exported recycling” as one of the crucial ones for solving the problem of plastic waste that pollutes rivers, seas and oceans. Thus, the German portal Deutsche Welle in the text “German plastic floods Southeast Asia” [2] points out that the public in this country is presented with recycling rates that do not reflect the real situation. The article states that in 2017, more than 340,000 tons of plastic waste were sent to China, and that after the ban on imports in this country, Germany sent significant quantities to India, Malaysia and Indonesia in 2018.

Also, the mentioned portal in the article “Plastic waste and the myth of recycling” [3] conveys the opinions of experts in this field that the public in EU countries is deceived by published recycling rates and because collecting waste for recycling does not mean that the collected material fully recyclable. Namely, the population often makes mistakes in sorting waste, which thus becomes useless in recycling centers, although these quantities are also officially registered as recycling. Secondly, very often one product is packed in several types of plastic packaging made of different polymers, and this further complicates the possibility of recycling. Thus, although registered as recycling, plastic waste eventually ends up in incinerators or landfills where it decomposes for centuries.

All in all, EU member states must already think today about increased capacities for collecting plastic and its adequate treatment through recycling. Certainly, additional initiatives in the field of circular economy implementation, which are reflected in smart product design and innovation, as well as through investment in recycling technology, can have a positive impact on solving the negative impact of plastics on the environment, both through production and consumption cycle.

How the deposit return scheme was introduced in Germany