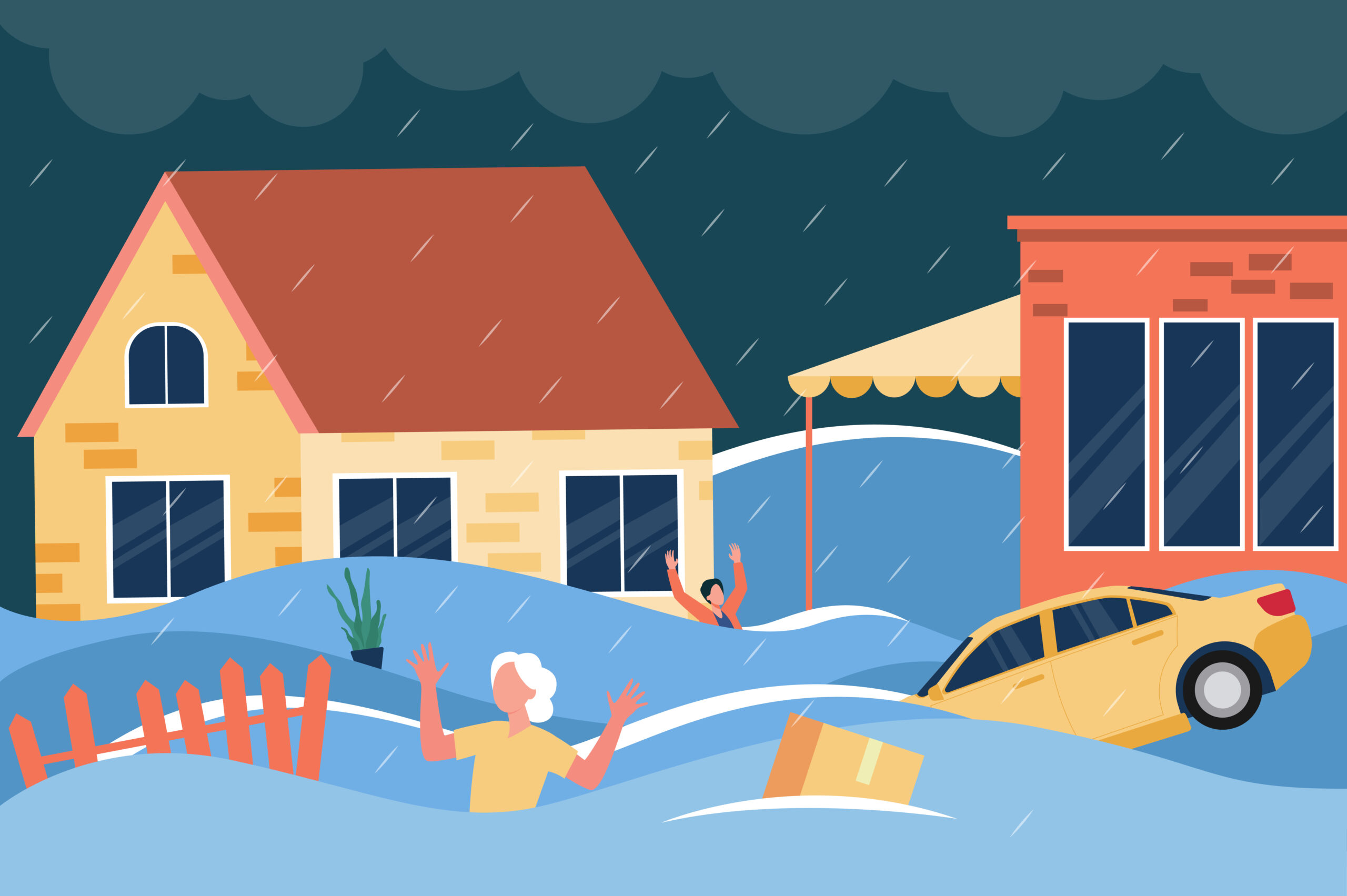 As in the rest of the world, climate change has been observed in Serbia over the past decades – primarily in the domain of temperatures and precipitation. Climate change in Serbia is manifested through negative consequences for hydrology and water resources, forestry, agriculture, biodiversity, but also for the health of the citizens of Serbia.

Observed changes in temperatures and precipitation

Thanks to measuring stations at several locations, the decades-long movement (1961-2017) of temperatures in Serbia was monitored, where a tendency of their growth of 0.36 ° C per decade was recorded, while only in the period 1981-2017, the trend of temperature increase was 0.60°C per decade. Based on this information, it is evident that the trend of increasing average annual temperature in Serbia is higher than the trend of average global temperature. Additionally, between 1950 and 2017, nine of the ten warmest years were registered after 2000.

Furthermore, a trend of extension of the duration of heat waves (heat wave is a period of minimum 6 days during which the maximum daily temperature is higher than the expected maximum temperature for the time of year in which it is observed) by 4 days per decade, while frost (when the minimum temperature is below 0°C) and icy days (when the maximum temperature is below 0° C) are by 2 and 1 day less per decade, respectively. On the other hand, although no significant changes in precipitation have been recorded, it should be emphasized that the Republic of Serbia has faced serious droughts and floods in recent decades, which have damaged the agricultural sector, infrastructure, housing and other facilities.

Simulations of precipitation (see picture below) show a positive trend in the first half of the century, i.e. an increase between 5 and 20%, and then the trend reverses and becomes negative, with a reduction in precipitation from -20% until 2100. Also, similar to the temperatures, the negative trend will be more present in summer, which will be 30% drier compared to the period 1961-1990.

Since 1950, climate change in Serbia has affected the negative trend in river water levels. On the Danube and Sava, the water level decreased by 1% per decade, while in other rivers the decrease reached 3%. In the future, a further decline in levels of 10% can be expected, and in some rivers such as Kolubara and Toplica by as much as 40%, with clear consequences in terms of water quality and water supply.

The cause of this recorded fall is the decrease in the amount of precipitation in Serbia and its surroundings. According to the report of the then Ministry of Agriculture and Environmental Protection, there will be a reduction in the available quantities of water, especially in the summer months when it is most needed, which will create additional pressure on the water supply. The most affected will be individual rural water supply, which is more vulnerable to the impact of climate change than urban / public, due to lack of expertise, infrastructure and financial resources. In addition to water supply, the quality of water will also be under pressure: due to the reduced quantities of water in watercourses, the concentration of harmful pollutants will increase in a situation when the level is low.

The other side of the impact of climate change on the water system is intense rains in short time intervals that can cause floods. As much as 18% of the territory of Serbia is located on the banks of rivers and is especially susceptible to floods, which cause great economic losses. Namely, it is estimated that the economic losses from the May floods in 2014 were 1.4 billion dollars. In the future, due to climate change, more intense precipitation is forecast in the area of Serbia, more frequent occurrence of large waters on rivers and thus higher chances of floods.

Forests cover 29.1% of the territory of the Republic of Serbia, but are in constant danger of occurrences with negative consequences, such as droughts, fires and pests. For example, in the period from 2003 to 2012, fires covered an area of ​​36,095 hectares, while it is estimated that the damage from them in the period 2000-2009 amounted to 36 billion dinars. Over the past 35 years, there have been more frequent occurrences of negative factors, such as groundwater decline, precipitation reduction and rising temperatures, which, together with droughts, have significantly contributed to the damage of forest ecosystems. Climate change in Serbia also affects the quality of wood, so the estimated losses from poor wood quality are 64% to 95% of projected revenues. For example, the Public Company Vojvodinasume has suffered a loss of 50 million dinars since the drying of the forest since 2000. In the coming decades, rising temperatures and variability of precipitation are expected to continue to threaten and threaten the vitality of forests in Serbia. Namely, the conditions for vegetation growth and the establishment of new forests will be increasingly unfavorable as time goes on, and many current forests will find themselves outside their bioclimatic niche and in zones where mass mortality is expected. According to the Forest Aridity Index (FAI), many forests in Serbia will be significantly drier by the end of the 21st century compared to the period 1961-1990 (see picture below), which indicates the existence of problems that Serbia must not ignore.

The agricultural sector in Serbia accounts for 10% of GDP, but has recorded significant losses in recent years, primarily due to the intensification of droughts. For example, in 2012, losses of 2 billion dollars were recorded due to drought. There are several causes behind these losses. First, the combination of high temperatures and more intense solar radiation causes damage to plants (fruits, for example), which reduces the yield. Second, high temperatures allow the development of pathogens that respond to warmer conditions, which attack crops. Third, due to the lack of irrigation on large areas, crops depend on natural precipitation, which is increasingly variable due to climate change. Therefore, longer periods without rain endanger the harvest.

In addition to consumers, these losses also affect agricultural producers: the estimated damage to the above-mentioned crops for the period 1994-2014 on a sample covering 43% of cultivated areas is $ 4.6 billion. A worrying fact is that the corn crop, which is of special importance for Serbian agriculture, is most affected by climate change: the losses of this crop alone amount to 2.2 billion dollars. To make matters worse, the models predict a further reduction in corn yields, by 20% by 2030, but between 22% and 55% by the end of the century. On the other hand, the wheat yield by the end of the century will be 10% lower only in the south of Serbia. Climate change in Serbia will therefore have a significant impact on the quality and quantity of yields, but also on differences in yields between one year and another.

Due to changes in the amount and distribution of precipitation in different seasons and shifts in climate zones, it is possible to claim that in the coming years there will be major changes in forest ecosystems, pastures and river banks. Due to the specificity of their habitats (mountain peaks, for example), certain species will find it difficult to adapt to new climatic conditions, and due to the lack of natural corridors for migration, their survival will be in question. The consequence of this situation will be the reduction of the population or the extinction of those species that will not be able to adapt, which on the other hand will significantly affect biodiversity, since many species are endemic and if they disappear they will reduce genetic diversity in Serbia.

In recent years, the Republic of Serbia has increasingly faced the risks to human health that are directly or indirectly related to climate change. Direct effects can occur due to rising temperatures, climate variability, increased rainfall intensity, longer droughts.

For example, during the heat wave in July 2007, 167 more human victims were registered compared to the same period in previous years (90% were people older than 75) and it was determined that if the average daily temperature rises above 90 , 95th and 99th percentiles, the average number of deaths will increase by 15.3%, 22.4% and 32.0%.

Like heat waves, floods have a direct effect on human health, which citizens witnessed when several people lost their lives during the May 2014 floods. Indirect health risk appeared during the mentioned floods during contamination of surface and groundwater and surrounding land with dangerous substances and wastewater (sewage), but also as a consequence of damage to health facilities in 15 municipalities.

An indirect health risk from climate change is also found in infectious diseases that spread through vectors such as mosquitoes (West Nile virus, malaria, etc.), or through water (cholera, diarrhea, etc.). In recent years, for example, West Nile virus infections have increased: 302 cases in 2013 versus 71 cases in 2012. Predictions for the future suggest a possible spread of vector-borne infectious diseases due to climate change, which is becoming more favorable for the development of vectors that transmit these infections.

Will banks turn their back on the fossil fuel industry? (part II)

Why don’t we react to the climate crisis in the same way as to a pandemic?