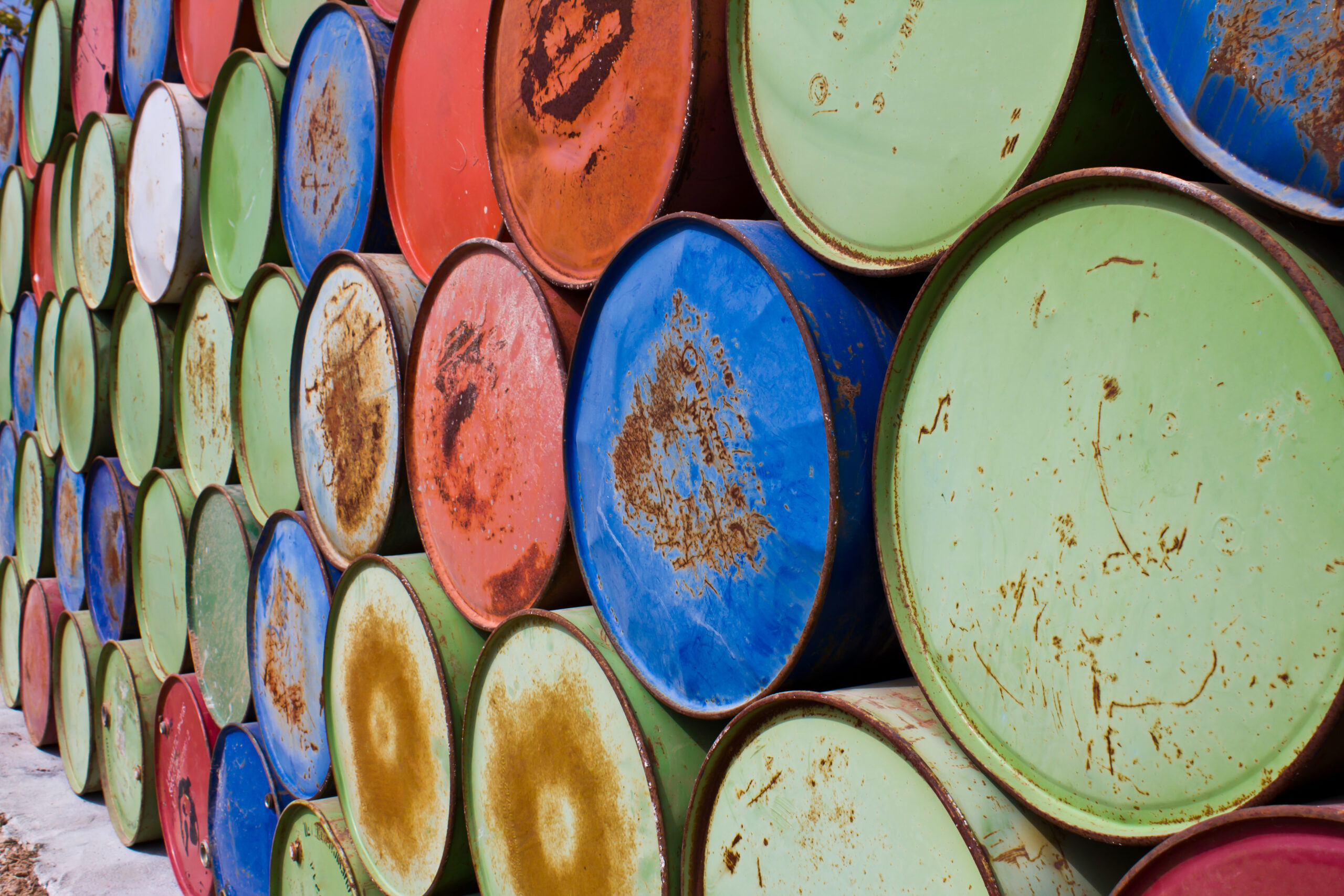 Although more and more countries are committing themselves to reducing emissions of harmful gases into the atmosphere and despite the need to implement the energy transition to renewable energy sources, financial institutions are not giving up in huge support to the fossil fuel industry. In addition to direct support for the development of fossil fuels, banks and other similar institutions significantly support investments in other sectors that have an impact on climate change. The problem is that a large part of financiers do not perform any analysis of the impact of the loan portfolio on climate change. Can, above all, the financial sector be crucial in securing a sustainable future by changing its role from a villain to one of the key drivers of necessary change in the fight against climate change?

A few days ago, the International Energy Agency (IEA) published a report in which it decisively states that the realization of the so-called net zero emissions and stopping the growth of global temperature within safe boundaries is only possible if the exploitation and development of new oil and gas fields are stopped this year, as well as if the opening of new coal-fired power plants is stopped. IEA Executive Director Fatih Birol said: “If governments are serious about the climate crisis, there can be no new investments in oil, gas and coal from now – from this year.” Will financial institutions take seriously the statement of a man who is known as one of the world’s most important energy economists and the director of a very credible institution?

As things currently stand, the Paris Climate Agreement was not a significant signal for bankers to reduce fossil fuel financing. Whether something will change now is a big question if we look at the current trends and facts.

All money routes lead to the fossil fuel industry

In the five years since the signing of the Paris Climate Agreement, the fossil fuel industry has been financially supported by banks in the amount of as much as 3.8 trillion dollars (USD 3.800.000.000.000). This is the conclusion reached in the research by green environmental organizations in a recently published report called Banking on Climate Chaos – Fossil Fuel Finance Report 2021. The report included the world’s 60 largest banking groups.

The most money was placed by banks from the USA and Canada, although there were only 13 of them in the total number of observed banks. The undisputed leader in financing the fossil fuel industry is JPMorgan Chase, which left the second-placed Citi by as much as 33%. Among European banks, the British bank Barclays financed the largest amount, while among EU banks, BNP Paribas has a dominant share.

However, if there is any encouraging signal it is that 27 of the observed 60 banks reduced their financial support for fossil fuels in the observed period. French bank Credit Mutuel, for example, has reduced this type of financing by 100%. They told CNBC: “In 2018, we made a decision to stop all financing for coal-fired power plants and coal mining in all countries.” In addition to this bank, funding from UBS, SBER and the State Bank of India has been significantly reduced.

On the other hand, there are still more banks that have increased funding in the last 5 years. A significant increase in financing was achieved by two Chinese banks – Postal Savings Bank of China (+ 1,200%) and China Minsheng Bank (+ 580%). The graph below shows which banks decreased (left) and which increased (right) their financing in the observed period.

The results of the research on the dynamics of financial support by years are also interesting. It can be concluded that, due to the pandemic and the fall in energy consumption, there has been reduced funding for this industry in 2020. However, what is interesting is that in the mentioned year of the pandemic, the total amount of financing was higher than in 2016 and 2017. Also, it is worth mentioning that the total level of all loans placed in 2020 in the observed banks fell by 9%, while in the same year the fossil fuel industry received as much as 10% higher financial support than the previous year.

Do these banks have policies and plans to prevent further acceleration of climate change?

Regarding the implemented policies of these banks for the fight against climate change, the analysis showed that 17 institutions have committed themselves to zero greenhouse gas emissions by 2050. However, the report concludes that these goals are unclear and poorly defined.

Also, with some of the observed banks, classic examples of greenwashing are noticeable. Namely, some banks emphasize that they do not finance coal, but their loan portfolio shows strong support for oil and gas companies. Finally, the report states that no bank has a plan to completely abandon fossil fuel financing.

The great support of banks to the fossil fuel industry should come as no surprise. An analysis in the U.S. found that three of the four board members of the seven major U.S. banks have, or have had, some affiliation with fossil fuel-related companies or organizations or those lobbying for climate change denial. The question is, how many banks with so many people connected to fossil fuels can really quickly and efficiently implement climate-positive policies?

All that has been said so far only shows that the observed banks are going in the opposite direction from what is needed to meet the goals of the Paris Climate Agreement.

The financial sector can be crucial to achieving significant reductions in emissions, not only by reducing support for the fossil fuel industry, but also by understanding the impact and aligning support to other sectors of the economy that have a significant impact on pollution and climate change. But do banks and other similar institutions even know how directly and indirectly they affect the increase in harmful gas emissions?

However, it is positive that the majority, i.e. 76% of financial institutions see a chance in providing services and products with a component of environmental sustainability. In this regard, it is estimated that the potential financial impact through green loans, green and transition bonds, sustainable investment funds and insurance is as much as $ 2.9 trillion (USD 2,900,000,000,000). Also, 49% of financial institutions stated that they have a transition plan how to reach net zero greenhouse gas emissions, and 53% responded that they were taking action to align their portfolios with the scenario of slowing global temperatures below 2°C.

Overall, based on this report as well, we can conclude that financial institutions need to do much more to align the impact of the portfolio with a future that seeks to stop adding new amounts of greenhouse gases to the atmosphere.

Finally, how do we stand with financial support for renewable energy sources?

According to the report of the International Renewable Energy Agency (IRENA) in the period 2013-2018 $1.8 trillion (USD 1,800,000,000,000) has been invested in renewable energy sources (RES). Although not fully comparable to the five-year funding of the fossil industry I wrote about at the beginning of the article (let’s remind ourselves – $ 3.8 trillion), because it does not cover the same period, we can still conclude that much more money goes to technologies that can significantly jeopardize agreed climate goals. In addition, it should be noted that in the observed period (2013-2018), commercial financial institutions participated with only 22% share in total investments in RES. This data reinforces the conclusion that banks still have a lot to do in the field of turning financial support to clean technologies.

In terms of yearly dynamics, RES financing reached its maximum in 2017, when $ 351 billion was invested. In 2018, there will be a slight decline to 322 billion (for comparison, in the same year the total investment in fossil fuels was 933 billion dollars), while the report states that in 2019 there will be a slight increase again, but at a pace that is generally slower than expected to meet targets. Due to the pandemic, investments in RES fell by 34% in the first half of 2020.

Finally, IRENA states that it is necessary that the annual investments in RES must be at the level of 800 billion dollars in order to achieve the climate goals. Economies of scale, advances in production and technology, greater competitiveness in the supply chain, greater resources invested in R&D and support policies (premiums, feed-in tariffs…) have contributed to a 12% drop in average investment and energy costs for solar technology and 14 % for onshore wind between 2017 and 2018. Nevertheless, it is noticeable that the amount of investment in fossil fuels significantly exceeds that in RES.

However, as the declining trend in RES investment and production costs continues, with new climate policies and targets, abandoning coal as the primary energy source and other similar initiatives, a significant shift in financial institutions towards clean technology financing can be expected any time soon.

In the second part of the article I will write about the positive developments within the financial sector that can reverse the role of this sector from a villain to one of the bearers of key changes in the field of combating climate change.

[1] According to the note from the report itself, the calculation refers to only 10% of the portfolio of financial institutions that responded to this survey.

How to fight for the truth about climate change?